Review by Larry Groff of GreatGreenGadgets.com
We were happy to receive an advance copy of a new global warming documentary, Everything’s Cool (2007), directed by Daniel Gold and Judith Helfand.

The movie tells the story of how a variety of people spread the warnings of climate change. Scaring people with doom and gloom stories is felt among many activists to be counter-productive in winning supporters, this perhaps prompted a more lighthearted approach to this new documentary. However, what scares me more than shots of burning forests and flooding cities is seeing a spokesman from the oil industry’s Competitive Enterprise Institute. His slanderous rants against global warming science have been a powerful smear campaign persuading the public that global warming is all just a hoax. At the same time I am inspired to see the film’s attention to activist and writer Bill McKibben, author of “The End of Nature”, and investigative journalist Ross Gelbspan, author of “The Heat is On” and “Boiling Point”. The personal glimpses into their lives made for a more engaging story. The film’s quirky sidetrack into a Utah Snowworker’s conversion of his beat up old Mercedes to biodiesel may help add lightheartedness to the film but at the risk of being disjointed and long. One of the most interesting characters was Dr. Heidi Cullen of The Weather Channel and how that station has increased its coverage of the climate change issue in recent years.

The film seemed a bit dated at times, like much of the film was made before the recent increase in media attention. For instance, there was hardly any mention of Al Gore’s An Inconvenient Truth and yet plenty of coverage of the irrelevant science fiction movie The Day After Tomorrow. But all in all, we enjoyed the movie and we are happy to see more attention paid to the politics of global warming. Check out the website at EverythingsCool.org 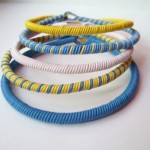